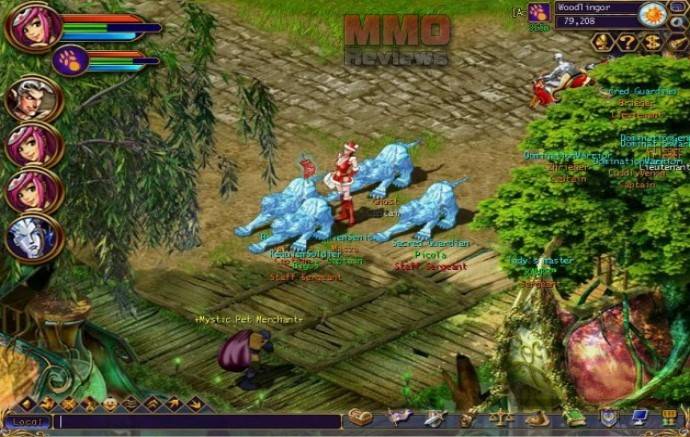 Developed by Unigium for Windows.

Myth War 2 Online is a 2D Fantasy MMORPG with fast turn based combat. Play as one of four races; Mage, Human, Borg, or Centaur. Fight it out with other players and command powerful pets in battle. At higher levels, players can ride mounts and become ‘reborn’ versions of their chosen race.

The four races are:

Mage - Mages have low HP but possess powerful spells that deal heavy damage. The most important stat for a mage is Intelligence. Male Mages have the ‘fire’ spell while female Mages use ‘ice.’

Human - Humans have the highest HP total and have PvP focused skills. Male Humans can use ‘frailty’ which lowers their targets mana. Female Humans posses the ‘poison’ skill that lowers target’s max hp.

Borg - Borg have the highest strength but the lowest speed. Male Borg can use ‘drain’ which lowers opponent’s mana and HP. Female Borg posses ‘resistance upgrade’ which buffs their physical and magic resistance.

Centaur - Centaurs are the healers of Myth War 2 and have the highest agility. The male Centaur’s special skill is ‘multishot’ while the female’s is ’shadow.’

Rumours are quests given by rumour scrolls that drops randomly from mobs you encounter in battle. When a rumour is spread and the required number of people sees it, the rumour will become the truth and thus, your reward will be based on the rumour itself.

Players can change their appearance by using different Shapeshifting Potions. For example, a Player can become a Capilla by using the Capilla Shapeshifing Potion. After shapeshifting, the player's attributes and abilities will both change.